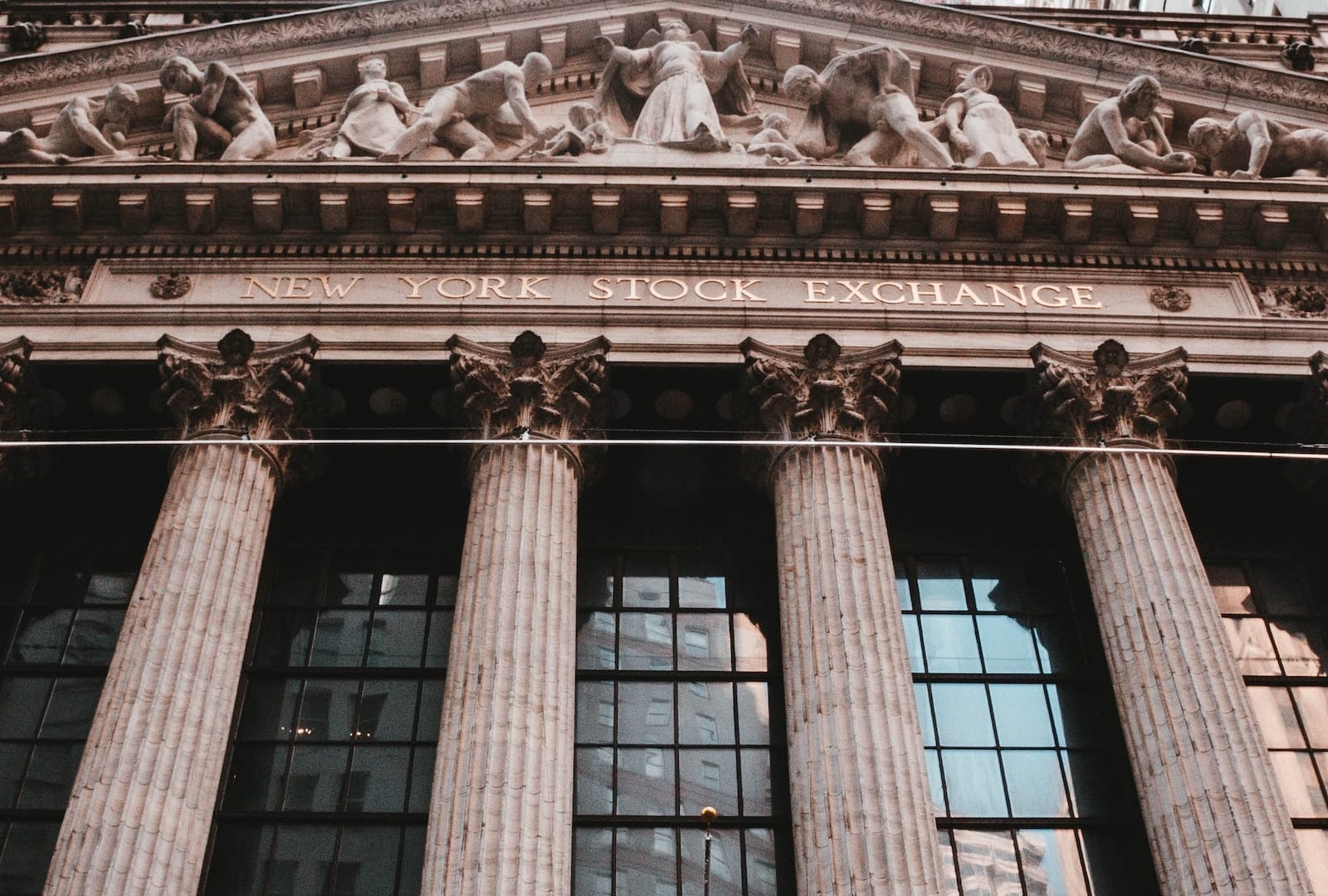 You’ve all heard of the gigantic spike in GameStop’s price lately, unless you live under a well-insulated rock, in which case you would not be reading this. Given that fact, the idea here is to give a brief resume of what happened as well as what is happening now.

r/wallstreetbets (r/wsb) is a subreddit, which is to say a specific community on Reddit, dedicated to what can be described as meme finance. They describe themselves with “Like 4chan found a Bloomberg terminal” (sic), which gives a decent idea of the kind of high-risk trading that goes on normally. They were not known as a particularly large or well-organized group, the subreddit only having about 1 million users, as opposed to the 9.3 million it currently has.

‍Over the span of the last several years, the popularity of physical copies of video games has steadily decreased, as digital copies become more and more prevalent. This, compounded by the rise of PC gaming, has led to the gradual decline of traditional video game stores, such as GameStop, focused precisely on selling these physical copies. Many predict it will eventually go the way of Blockbuster.

Hedge funds are large investments funds dealing with highly liquid assets, meaning assets that can be quickly bought and sold. They can become extremely large, giving them a great deal of leverage and ability to make use of complex investment techniques. They often aim to make money regardless of the general state of the market and can be considered fairly risky, although this varies depending on each hedge funds’ strategy.

Reddit user Keith Gill, otherwise known as u/DeepFuckingValue, begins posting his purchase of shares and “calls” on GameStop stock, referred to as GME, for January 2021 on r/wsb. These calls are the option to buy a stock at a price determined when the calls are made. If the price of the stock goes up, this results in a gain. If it goes down, the buyer is forced to buy the stock at a higher price than it is currently valued at. One understands then that Gill was fairly confident in the stock’s price going up, having invested close to 50 000$.

Michael Burry, an investor and former hedge fund manager most known for having predicted the subprime mortgage bubble that led to the 2008 financial crisis, buys 1.7 million shares of GME, around 8 million dollars, noting that close to 90% of their stores are “cash flow positive”, which simply means they are actually making money. Soon after, Ryan Cohen purchases 9 million shares, close to 76 million dollars, becoming Game Stop’s largest shareholder. This is significant as both are known to pick their investments very carefully, only purchasing shares of companies they believe not only to be profitable, but secure as well.

The internet being itself, several users of r/wsb noticed that Melvin Capital, a large hedge fund valued at about 8 billion USD, had been “short-selling” GME. Short selling is essentially betting on a company’s value going down. It consists of “borrowing” a share at today’s price and immediately reselling it, promising to “return” it before a predetermined point in time. If the stock’s value goes down, “returning” the share costs less than what was made by “borrowing” it, creating a profit margin. If, on the contrary, the stock’s value goes up, then a loss is incurred as the share must be “returned” at a higher value than it was “borrowed” at.

In this instance, Melvin Capital was not only shorting the stock, but “naked shorting” it, which is essentially the same mechanism as short-selling, with the difference that the individual short selling does not borrow the share first, or even ensure there are shares available. This resulted in a full 140% of Game Stop’s “float”, that is the number of shares publicly available, being sold short.

Ryan Cohen begins pushing GameStop’s management to reorganize their business, shifting towards a digital-centered model. Cohen is credible in this regard, as he made his own fortune with online services, most notably Chewy, a pet food online retailer sold to PetSmart for 3.35 billion dollars. This causes interest in GME to dramatically increase. Around the same time, r/wsb users found out that Melvin Capital had been short selling GME since 2016. Interest in GME continues to build up on r/wsb. Talk about creating a “short squeeze” begins to spread.

A short squeeze occurs when there is an excess of demand for a given stock that the supply cannot meet. They are generally caused by rapid increases in stock price due to this increased demand, forcing short sellers to buy back shares at a significantly higher price. This scramble to buy back shorted shares only exacerbates the increase in prices.

More and more r/wsb users begin considering forcing a short squeeze. They begin buying GME in large volumes and refusing to sell under any circumstances, which they refer to as having “Diamond hands”. This large volume of retail investors, that is non-professional individuals, generally amateurs, owning shares of a stock as opposed to large organizations, buying massive amounts of shares drive up the price extremely high. By January 27, GME had reached $347.51 per share, skyrocketing 1500% in just two weeks. The absolute peak GME reached was 483$, 190 times the April 2020 low of just 2.57$. This rapid spike in prices forced hedge funds having shorted GME to pay increasingly steep prices to close their short positions. This became more difficult as fewer and fewer shares were available, given that r/wsb, which had by this point expanded to over 9 million users as well as countless other people not on the subreddit, maintained their refusal to sell GME shares, which they refer to as “holding the line”. It wasn’t only GameStop that was raised to absurd heights. Blackberry (BB), Nokia (NOK) and AMC Theaters (AMC), which were all in similar positions to GME, also saw their price spike dramatically. According to the Financial Times, the number of shares traded even exceeded the record set during the 2008 crisis.

This was not to last. By January 28, several trading apps blocked retail traders from opening new positions in all stocks affected, while still allowing them to close their existing positions. This simply means that they were only allowing shares in these companies to be sold, but not bought. These services, most notably Robinhood, Charles Schwab, and TD Ameritrade, claimed to be doing so because the clearing houses they employed had raised the requirements for purchases of these stocks given their extreme volatility. Clearing houses are institutions intended to reduce risks in financial transactions by standardizing them. r/wsb users argued that this was market manipulation with the aim of aiding hedge funds, and several complaints were filed against the US’ Securities and Exchanges Commission (SEC) against these brokerages. Multiple members of Congress, among which AOC and Rashida Tlaib, have expressed their agreement. Naturally, Robinhood saw it’s rating plummet, as users abandoned it and left thousands of negative reviews, some even claiming Robinhood had sold their shares without consent.

Adding oil to the unexpectedly leftist-seeming fire of retail investors lashing out at large financial institutions was Google’s decision to remove most of the negative reviews left on the Robinhood app, further reinforcing the appearance of a rich elite “taking away the game when the poor people start playing well”. Later, Robinhood eased restrictions on affected stocks, allowing their purchase in limited quantities. However, the damage was done and GME’s price continued to plummet.

As of February 28, GME is valued at 101.74$. For several days after the prices dropped back down, r/wsb seemed defeated, before appearing to regain courage and begin purchasing GME again. Referring to themselves quite literally as a bunch of “retarded apes”, they refuse to back down and have continued to buy GME, slowly pushing prices back up with a notable surge on the 24th doubling prices. Whether this will lead to a second squeeze as hedge funds continue to short GME is yet to be seen.

Meanwhile, Robinhood continues to bleed users and has been targeted by several class action lawsuits, alleging that Robinhood engaged in market manipulation in favor of hedge funds against the interests of retail traders which make up most of its userbase. However, it is likely these will be thrown out, as Robinhood’s terms and conditions force users to agree to arbitration, which is a way to resolve legal disputes outside of courts. The process of arbitration is generally far less formal than a trial, and in some cases the arbitrator can come to a decision regardless of the law. The user agreement also has the user forgo the right to a class action lawsuit. On the other hand, this might lead to thousands of individual lawsuits if enough users are motivated enough to pursue their own lawsuits, costing Robinhood a large amount of money as they would be forced to cover the costs of each lawsuit instead of the single class action.

The US House Financial Services Committee has held multiple hearings, investigating the role Robinhood played in causing GME’s price to fall. Various politicians and commentators who’s opinions normally strongly oppose each other, such as Ted Cruz, Ben Shapiro, Donald Trump Jr., AOC and Tlaib, have all expressed support for the retail investors driving up the price of GME, criticizing financial institutions for “treating the stock market like their own personal casino”, in the words of Elizabeth Warren. Investigations into potential conflict of interest between Citadel LLC, closely associated with Melvin Capital and Robinhood, which reportedly routes more than half of its customers to Citadel Securities.

Perhaps unsurprisingly, Citadel had invested heavily in Melvin Capital.These hearings continue discussing the need for more regulation, but there is substantial disagreement on whether these regulations should limit small retail investors or financial institutions. This would entail either limiting the ability of what several billionaires have summarized as the uninitiated masses to affect stocks to such an extent or limiting hedge funds, stock brokerages and clearing houses’ ability to force the price of a stock down, which might be considered market manipulation depending on the results of these hearings. What is certain is that this is a major moment in the history of stock US markets, with an impact not to be underestimated.