Athletes are constantly getting faster, fitter, and stronger because of increasingly sophisticated training methods, nutrition research, and technology. When and where will we limit the benefits of third-party innovation? 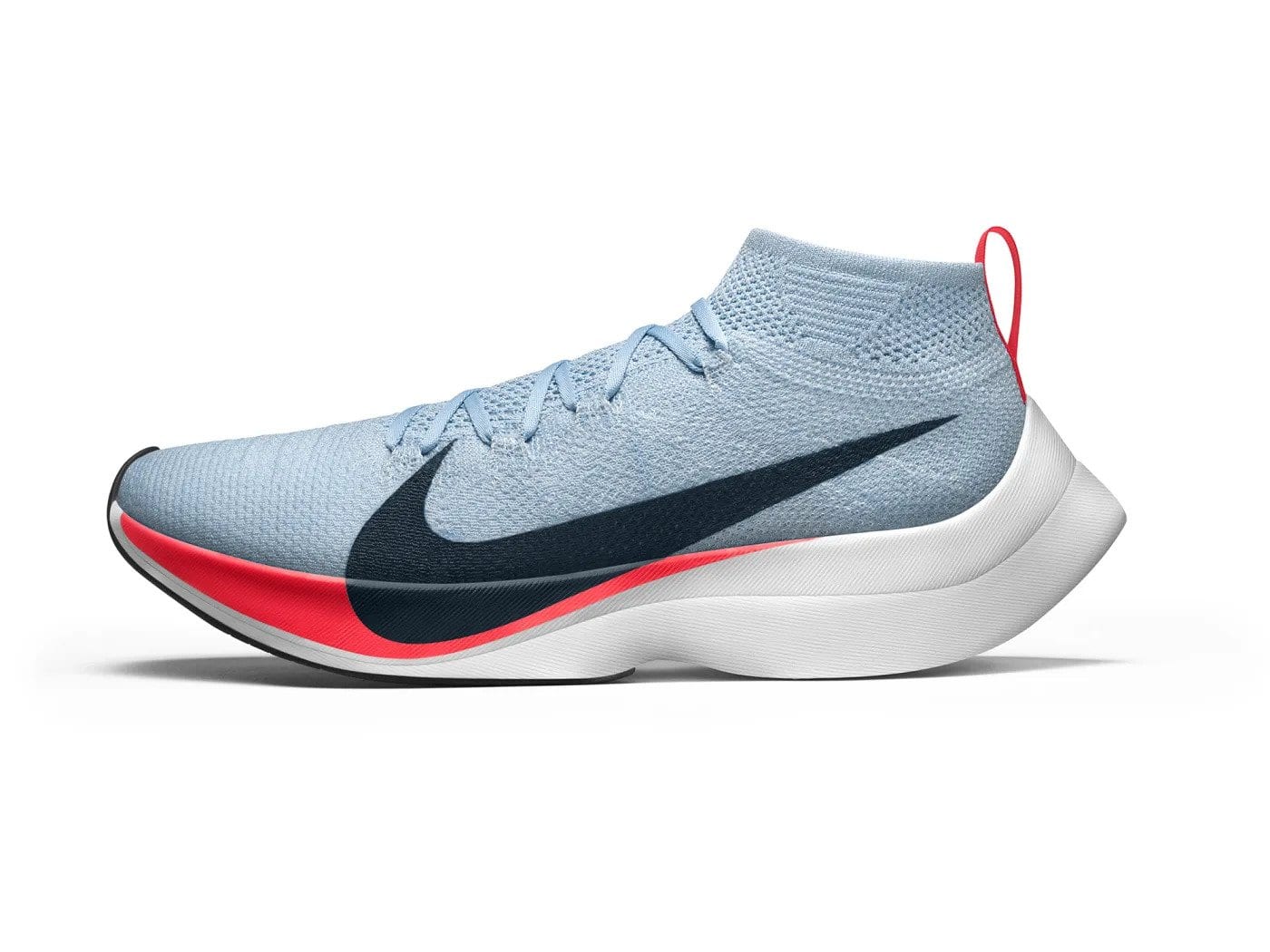 Back in November of 2016, Nike announced they were going to break the infamous two-hour marathon barrier. Amid their preparations, they unleashed upon the running world, the Nike Zoom VaporFly Elite, a shoe that would revolutionize long distance running.

Through the following years, every iteration of the VaporFly shattered previous world class marathon times. The sole is made of ZoomX, a foam traditionally used in the aerospace and automotive industries as insulators, promising incredible weight savings and premium energy return. The main attraction remains the carbon plate that is sandwiched between the revolutionary foam.

Much of the momentum a runner creates in a single stride is carried towards the next few ones. That's why it is so much harder to run off a cold start, because you have no anterior forward momentum. The carbon plate gives for a stiffer shoe, which preserves more of the running momentum.

On the 12th of October, in Vienna, Eliud Kipchoge, arguably the greatest marathon runner of all time, broke the two-hour barrier. That’s 26.2 miles, or 42.2 kilometers in less than 2 hours! Most people cannot fathom running that fast for more than a hundredth of that distance. He was wearing the Nike Air Zoom AlphaFly Next%.

Leaked pending patents of the shoe revealed more than 4 centimeters of foam, sandwiching 3 carbon plates and two air pods. These pods were pressurized and composed of tensile fiber pillars for better shock absorption.

World Athletics, formerly named IAAF (International Association of Athletics Federations), the international governing body for athletics, decided to impose new rules and regulations to limit the excessive use of technology in performance sneakers. Nike was quick to adapt and released a production version.

Many other running shoe companies have released their own plated race super shoe. Every runner has hit a personal best in a pair of this hyper responsive footwear. The topic garnered many controversies from the athletic community. Are these shoes undermining the legacy of the possibly more talented world-class athletes who did not have the privilege of wearing with technology?

More recently, Nike was expected to release the ViperFly – a racing spike incorporating the same technologies, but oriented towards sprinting. Nike claims that rigorous testing has confirmed astonishing results. However, the result of months of research was shelved immediately. Was this shoe simply too fast?

Athletes are constantly getting faster, fitter, and stronger because of increasingly sophisticated training methods, nutrition research and technology. When and where will we limit the benefits of third party innovation?