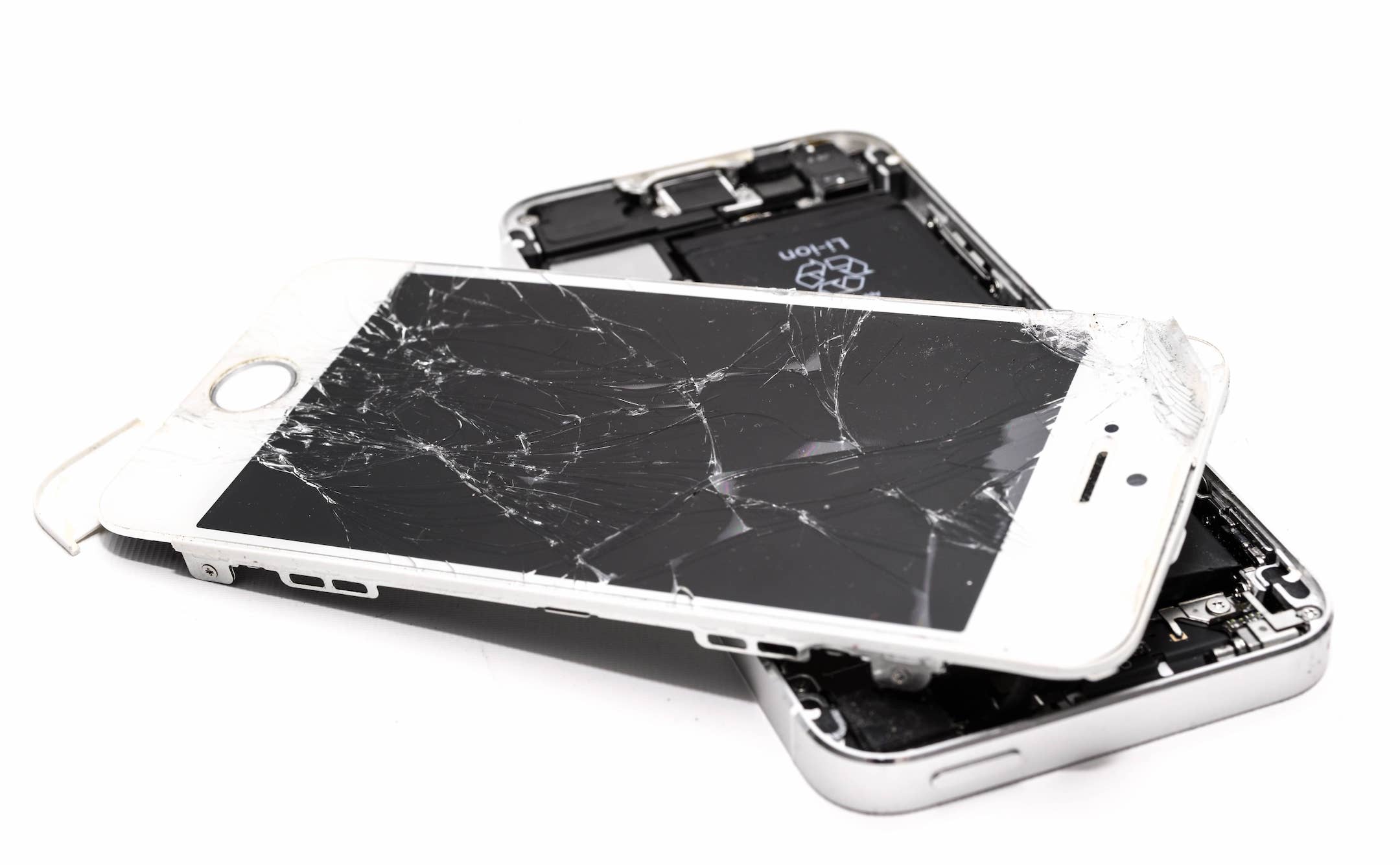 With over 3.5 billion smartphone users worldwide in 2020 according to Statista, smartphones have effectively become a prominent part of our everyday lives. Though they may seem small, they represent an environmental disaster as their production causes massive pollution. Smartphones are set to become the most damaging information and communications devices to the environment along side data centres according to McMaster University. In fact, like all electronics, smartphones chips require precious metals that must be refined in factories that produce incredible amounts of carbon emissions.

‍A survey conducted by Counterpoint Research in 2017 revealed that people replace their devices every 21 months. This replacement cycle can be mainly attributed to what is called planned obsolescence.

‍Oxford Languages defines planned obsolescence as a policy of producing consumer goods that rapidly become obsolete and so require replacing, achieved by frequent changes in design, termination of the supply of spare parts, and the use of nondurable materials. Manufacturers often utilize this tactic to increase the demand and sell more units to consumers. Smartphone manufacturers have implemented various kinds of planned obsolescence.

For instance, Apple has infamously been throttling their older phones for many years. Following the class-action lawsuits filed between 2017 and 2018, Apple had finally admitted to slowing down their older phones and had agreed to a $500 million settlement in 2020 according to Bloomberg. The company had implemented this “feature” due to battery degradation issues. Following the controversy, a new option was added in order to disable the reduction in performance.

‍Repairing Smartphones and the Right to Repair Movement

‍Modern smartphones are becoming increasingly harder to repair. The YouTube channels dedicated to smartphone teardowns, like JerryRigEverything, reveal unnecessary complexities that are added to prevent consumers from fixing the phone. They utilize different types of screw, use extremely hard to remove adhesive, make screens that are nearly impossible to replace, etc. All these intricacies are purposefully made to deny the customers from repairing their phones.

Some websites like iFixit have detailed instructions on how to repair most mainstream smartphones, but the overly complicated designs and the death-gripping adhesives that phone manufacturers employ represent an added layer of difficulty and can potentially break the device if not handled carefully.

Since companies are pushing to deny fixing products, a new movement has started gaining steam, the Right to Repair. According to iFixit, people should have the right to:

This repair company has long advocated against the monopoly on repair that manufacturers are trying to maintain. By allowing others to get their hands on replacement parts, the possibility of repairing phones would be much more favorable instead of purchasing a new one. In order to support this movement, iFixit suggests to:

Most smartphones are powered by lithium ion batteries according to PC World. It is the most common form of battery as it can be extremely dense in energy. One of the downsides that is present in all batteries is battery degradation. As batteries are charged and discharged, they eventually start oxidizing and losing capacity. According to Android Authority, most lithium-ion batteries start to degrade after 500 charge cycles (from 100% to 0% back to 100%). Batteries are bound to degrade with time, but there are ways to prolong a healthy battery life.

The following suggestions are ways to reduce stress and strain to your battery, meaning they affect the lifespan of the battery itself directly.

This plays a major role in retaining battery capacity. According to Battery University, extreme heat should be avoided, especially if the battery is fully charged. The stress that these conditions put on the battery causes gradual capacity loss.

Lower charge voltages can prolong battery life. Fast charging technologies should be avoided as they utilize high voltages and usually generate extreme heat. Most manufactures include a fast charging brick with your smartphone, so if you seek to extend the lifespan of your battery, charging with a computer or a non-fast charging brick should be prioritized.

You should never fully charge and fully drain your phone. According to Benzo Energy, lithium-ion batteries do not experience battery memory, a problem that is prevalent in nickel-cadmium batteries. Excessive discharge causes the battery to wear out faster, and fully charging also shortens the battery’s lifespan. The ideal solution is to keep the battery percentage within a range. Tests conducted by Battery University determined that keeping a charge between 75% and 25% provides a much better capacity retention. This means that only 50% of the battery capacity should be used as opposed to the full 100%.

These solutions aren’t perfect as you have to sacrifice features like quick charge and 50% of the entire battery, however adopting them can greatly increase the longevity of your phone. It is not easy to keep the battery within the 25% to 75% range, so apps such as Accubattery for Android phones or Battery Life Pro for iPhones can keep track of your battery percentages and give a rough estimate for the real capacity of your phone.

Why Do People Root/Jailbreak?

Smartphone hardware has reached a point where most phones are powerful enough to perform well on a day-to-day basis. Improvements in chipsets are no longer that significant in terms of performance. Youtube channels like Nick Ackerman have videos showing the very slight differences in loading most day to day applications.

Admittedly, old phones are prone to not receive many updates. As companies move to support their newer phones, older phones tend to lose support and end up stuck in old firmware. According to Make Use Of, most flagship smartphones receive two major Android updates before being abandoned. Furthermore, the lack of updates becomes a problem as security patches don’t get pushed out because of the lack of support from the manufacturers.

Staying on the old firmware is not necessarily a bad thing as everything should still work the same. However, for those who wish to make full use out of your phones, the XDA Forums are full of developers supporting old and new phones alike. The OnePlus One and the Nexus 5, both released in 2014, have received Android 11, the newest android version thanks to the developers at XDA.

The website is full of comprehensive guides that helps consumers root/jailbreak their phone. According to Androidcentral, rooting allows the user to have full control over his/her device. The same applies to iPhones, but the term jailbreaking is used instead. With full access over your device, you can install custom operating systems (commonly called ROM) built by developers, or install an alternative kernel to potentially get better battery performance (Explaining a kernel would take too long. This article by Android Authority sums things up nicely). Everything on the forums is open-source, meaning anyone can take their code and modify it for themselves.

Jailbreaking/rooting is however strictly prohibited in many places when it comes to carriers and manufacturers, and legal in others. Copyright laws in the United States, for example, makes it illegal for users to attempt to circumvent digital locks placed onto devices even if no infringement of copyright was actually committed. Apple and many manufacturers will refuse to repair your device if jailbreaking is detected. The risks and dangers are many, but some are still willing to go the extra mile.

Combatting planned obsolescence can be difficult at times, but it can still be done nonetheless. With growing concern over the environment, abolishing planned obsolescence should be a priority. If we push tech companies into repairing rather than consuming, we can come one step closer to building a more viable and sustainable consumer culture.